Dr Lee qualified from Edinburgh University in 1991, and completed her subsequent MD thesis in 2000, during her SpR cardiology training on the West of Scotland programme. She started her consultant career in North Tyneside General in 2002 and in 2003 she set up the Northumbria cardiac MRI service, progressively developing the modality for Northumbria patients. She has re-accredited at level 3 in CMR from the EuroCMR in 2019. She has taught locally regionally, and nationally on CMR topics over the past 16 years. Dr Lee holds Honorary Clinical Senior Lecturer status within the Newcastle University Medical School due to a commitment to undergraduate education. 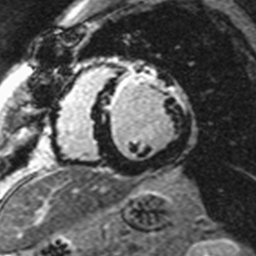 Dr Anna Beattie: The Newcastle Upon Tyne NHS Hospitals Foundation Trust
Dr Beattie is a consultant radiologist, sub specialising in cardiothoracic radiology. She has a long-standing interest in cardiac imaging, which she has pursued from an early stage in her career. Her training began in Edinburgh and after 2 years, she undertook an OOPE in Canada that included one month cardiac MRI observership at Toronto General Hospital. The latter stages of training were within the Northern Deanery and as a consultant has undertaken an observership in congenital imaging in Great Ormond Street Hospital. She is part of the team providing specialist imaging for patients with all forms of cardiac disease including inherited and acquired cardiomyopathies, congenital heart disease and pulmonary hypertension.

Dr Nic Child: North Tees and Hartlepool Hospital NHS Foundation Trust
Dr Child trained as a cardiologist in the Northern Deanery where he developed an interest in cardiac imaging and completed a CMR fellowship at Freeman Hospital, Newcastle. Dr Child works as a general cardiologist at the University Hospital of North Tees and shares clinical responsibility for cardiac MRI at James Cook University Hospital, Middlesbrough. He has level 3 SCMR and EuroCMR accreditation and BSCI accreditation in cardiac CT.

Dr Jenny Crilley: County Durham and Darlington NHS Foundation trust
Dr Crilley is a Consultant Cardiologist with a special interest in cardiac imaging including complex echocardiography, cardiac CT and Cardiac MR. She has developed the Cardiac MR Service for CDDFT since 2005. She trained in Cardiology in the Northern Region and undertook specialist training in CMR at the Brompton and in Leeds. She studied for her MD at the John Radcliffe Hospital, Oxford using the technique of Cardiac MR spectroscopy in different types of cardiomyopathies. She has a special interest in CMR imaging in congenital heart disease.

Dr Thomas Green: Northumbria Healthcare NHS Foundation Trust
Dr Green is a consultant cardiologist with specialist interest in cardiac MRI and heart failure. He was appointed to a substantive consultant post at Northumbria Healthcare NHS Trust in 2019. He trained in the Northern Deanery and has studied at all the cardiac MRI centres within the region. He holds EuroCMR accreditation and is finalising his Doctorate of Medicine in the use of CMR in heart failure with preserved ejection fraction.

Dr Neil Maredia: South Tees Hospitals NHS Foundation Trust
Dr Maredia is a Consultant Cardiologist at James Cook University Hospital in Middlesbrough, whose interests include advanced cardiac imaging and heart failure. He has SCMR and EuroCMR level three accreditation and has led his Trust’s Cardiac Magnetic Resonance imaging service since its inception in 2011. He trained in cardiology in the Northern Deanery and held the post of CMR research fellow at the University of Leeds between 2007 and 2009, where he worked on the CE-MARC study and undertook an MD in myocardial perfusion imaging by CMR. In the winter of 2010/11, he spent three months at Toronto General Hospital, focusing on advanced cardiac imaging and adult congenital heart disease.

Dr Adam McDiarmid: Newcastle Upon Tyne Hospitals NHS Foundation Trust
Dr McDiarmid attended Newcastle Medical School and undertook both his initial training and Cardiology speciality training in the North East. Following that he undertook an MD at the University of Leeds on Tissue Characterisation with CMR. Projects undertaken included assessing the effects of spironolactone in HF-PEF and characterising athletes heart and hypertrophic cardiomyopathy with CMR. Following the award of his MD he moved to Toronto, Canada, for a year-long fellowship in advanced heart failure and transplantation before returning the UK to a consultant post at Guy’s and St Thomas’, London. In 2018 he returned to the North East to work at the Freeman Hospital in advanced heart failure, transplantation and cardiac MRI.

Dr David Ripley: Northumbria Healthcare NHS Foundation Trust
Dr Ripley graduated from The University of Edinburgh and was appointed to his first substantive consultant post in 2016 at Northumbria Healthcare NHS Trust as a Consultant Cardiologist with a specialist interest in cardiac imaging. During his StR training he under took an advanced cardiovascular imaging fellowship at the Royal Devon & Exeter Hospital (with Professor Bellenger) followed by PhD research in advanced cardiovascular magnetic resonance at the University of Leeds (Professors Greenwood and Plein). He was trainee observer to the British Society of Magnetic Resonance (BSCMR) between 2012-13 and remains on the board ex-officio. He has published extensively on the topic of CMR.

ABOUT US
The North East Cardiovascular Magnetic Resonance (CMR) Imaging group was founded in 2013 by seven imaging consultants across the north east region of England with a special interest in cardiac MRI.
PAGES
CONTACT INFO